The Heritage Garden was conceived in 2015 to mark the 25th anniversary of our incorporation on September 19, 1990.  As the Park is located on land rich in agricultural history, it seemed fitting to plan a garden with plants that early settlers had growing at the time.

On early homesteads, rows of trees were planted and used as a windbreak and for shelter. Large vegetable gardens were important to provide food that could be stored or preserved for use during the months until the following summer's harvest. Of lesser concern were ornamental plantings near the home itself. However, over time, plants were brought over by settlers from Europe.. These plants were generously shared and soon there were hardy flowering perennials and shrubs around many farm homes.

Volunteers (and a few grandchildren) planted the first plants on August 5, 2016.  By fall of 2017, considerable progress had been made with many of our native 'weeds' finally under control and replaced by a variety of shrubs and perennials.  In 2018 several items used on farms in the first half of the 20th century were installed in the Heritage Garden.  A water pump, metal pail, watering can and pitchfork were donated by volunteers.  We acquired a plough used in the rural area near Wainwright and that became a central feature in this new area.

Although plantings in the Heritage Garden are fairly 'new', many established quickly due to the care and attention of the team leader for this area.  The Heritage Garden looks amazing and has proven to be very popular with visitors.  The garden truly represents a time in our history when our grandparents and great-grandparents worked the land. 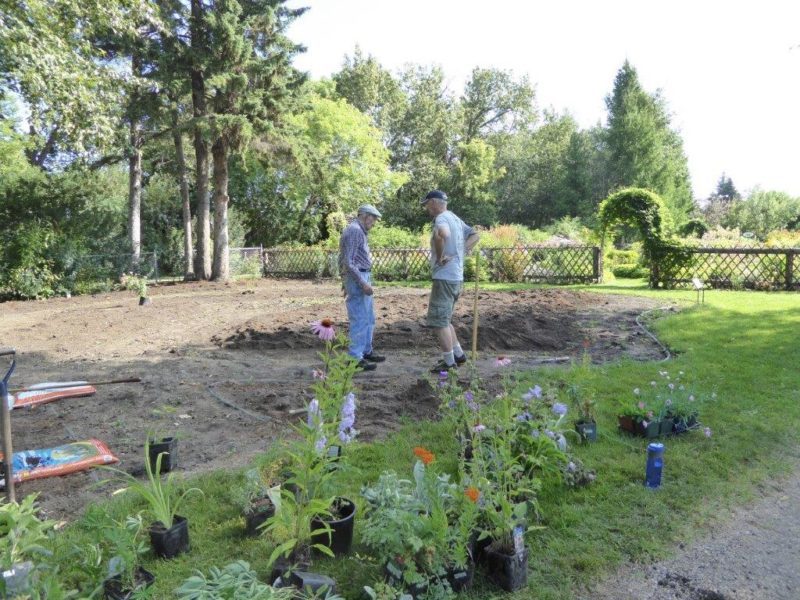 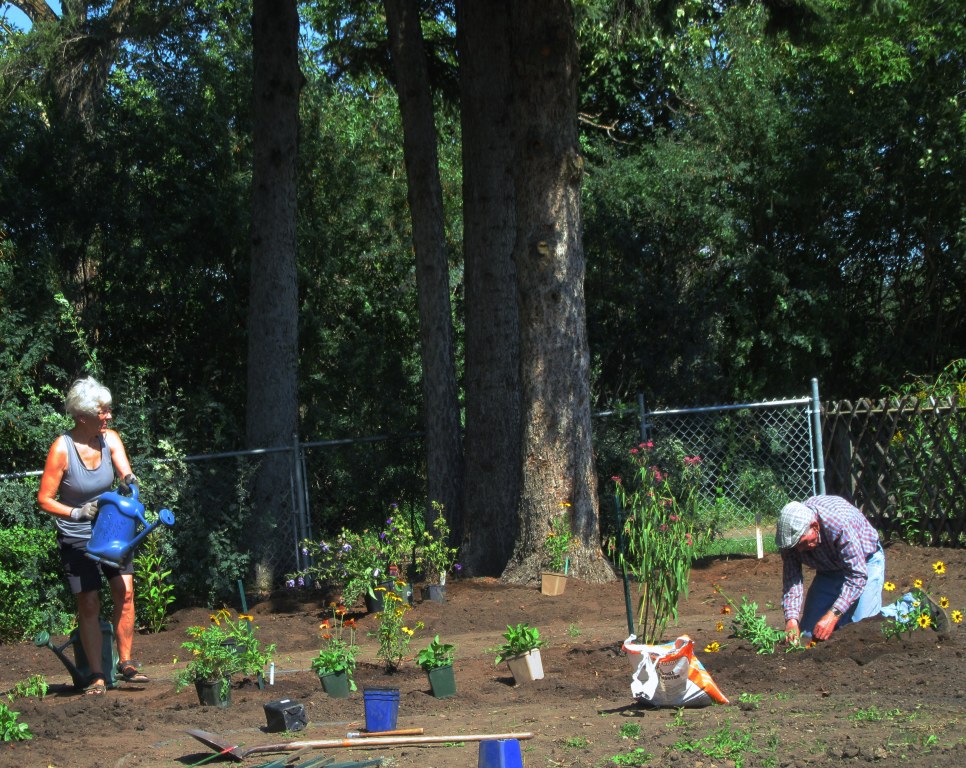 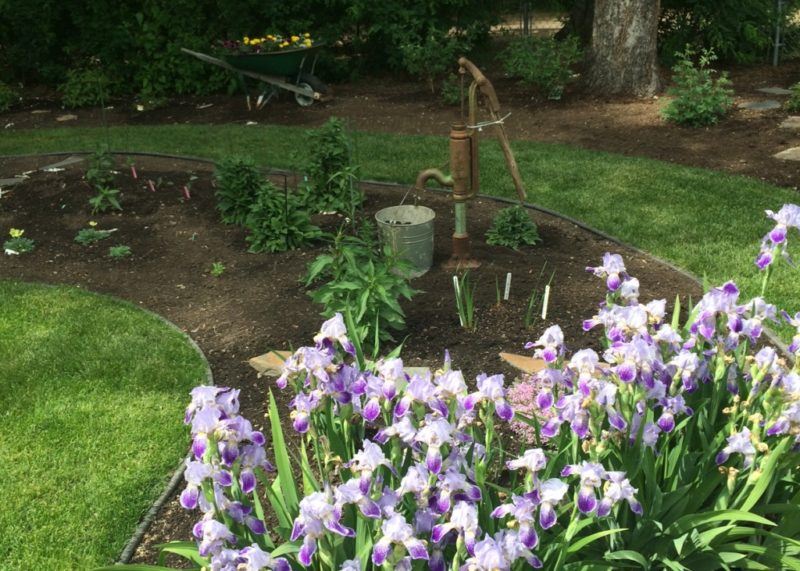 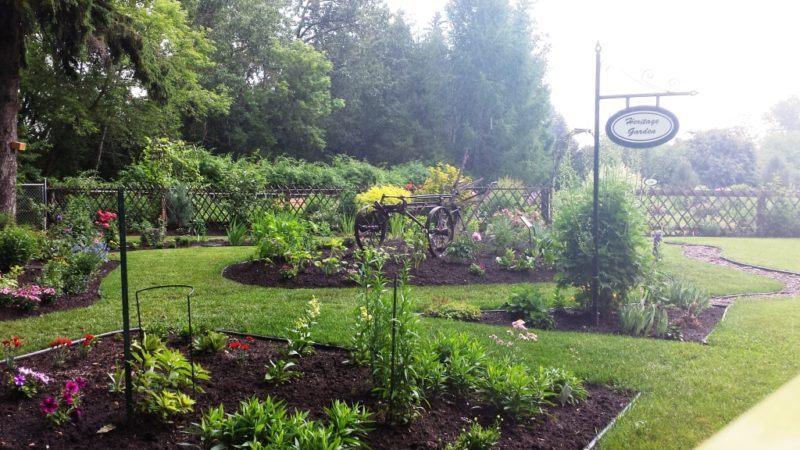 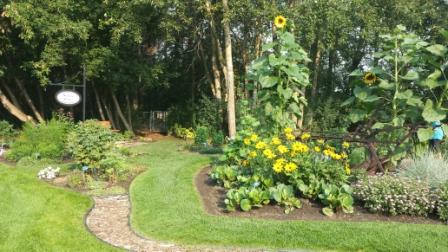 We felt it was important to include a few vegetables in the Heritage Garden as food crops were essential to early settlers.

We ask that visitors please do not enter the beds and remove tomatoes, onions or other vegetables.